Meet the team taking care of you. 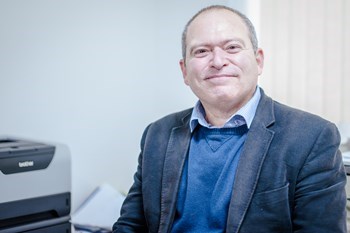 Partner / GP (DMedCir - Asu, MRCGP, MSc PHDC, DipFMS, HCL)
Dr Gus Berni obtained his medical degree in Asuncion, Paraguay in 1991. After qualifying as a doctor he spent four years as a resident in surgery and medicine followed by one year as a District Medical Officer in rural Paraguay. The health needs of rural Paraguay made him decide to specialise in maternal health so he spent the following three years as a resident in obstetrics and gynaecology in the IPS hospital in Asuncion. In 1998 he won an award from the British Council to pursue his passion in public health and attended the London School of Hygiene and Tropical Medicine where he obtained a Master degree in Public Health for Developing Countries in 1999.

He argues that General Practice was the natural progression to his medical career. He decided to amalgamate individual and population health principles together and qualified as a GP in Liverpool in 2004 and became a member of the Royal College of General Practitioners. In 2012 he added to his portfolio the Diploma in Forensic Medical Sciences from the University of Glasgow. In 2017 the University of Liverpool gave him the title of Honorary Clinical Lecturer in association with his role in teaching medical students.

He currently combines his clinical, educational and managerial work at 40/42 Kingsway surgery with his role as board director for the South Sefton Federation of GPs. 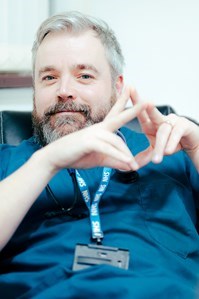 Dr. N. Bennett
MBBS BSc MRCGP
GMC reference no:6040705
Dr. Bennett grew up in Crosby and qualified as a doctor from St. Bartholomew’s and the Royal London Medical School in 2001. He did his hospital training at Newham General Hospital in the East End and Worthing Hospital on the South Coast before completing his GP training in West Sussex. He worked as a salaried GP and GP partner in Ashford Kent for 15 years before deciding to move back home to glorious Crosby with his wife and son to be closer to family.
He worked at 40-42 Kingsway as a locum for few years before joining permanently in 2020 (although he first worked here doing administration for a few months when he was a student).  His clinical interests include training, ENT and ophthalmology and outside work he enjoys computer games, climbing mountains and playing keyboards or bass guitar in rock bands. 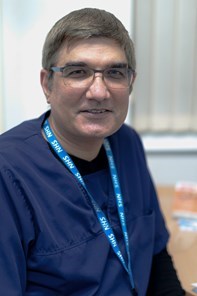 Dr Naresh Choudhary grew up in Jaipur in Rajasthan, India, and qualified as a doctor from SMS medical College Jaipur in 1995. He subsequently moved to the UK and passed the PLAB exam in 1997 to get a licence to practice with the GMC. His Initial training was in medicine and he completed his training rotations in various medical sub-specialities in Barnsley and Kent before moving to General Practice. He completed his GP vocational training rotation from the northwest region in 2005 and took up the post of a single-handed lead GP at Netherton health centre from 2006 to 2018. During this time, he also worked as a GP in palliative care at St Joseph’s Hospice before joining Kingsway surgery in 2019.

He lives locally in Crosby with his wife and daughter and enjoys travelling, photography and cricket. 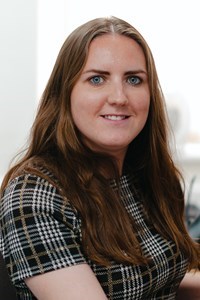 Dr Flaherty was born and raised locally in Warrington, going on to study Medicine at the University of Leeds. During her time there she spent a year conducting an Intercalated Bachelor of Science in International Health, involving carrying out research in Nepal. She qualified in 2016 and spent her first few years as a Doctor working in hospitals in and around Leeds.

She returned to Merseyside in 2018 to conduct her GP training, working at 40/42 Kingsway for her final year of training. She enjoyed her time at the surgery so much that she now works as a Salaried GP here.

She lives locally with her partner and is a keen traveller and walker.